Other Eiffage Group sites
Our brands

In New Caledonia, Eiffage Métal participates in the reconstruction of the Lekiny Bridge 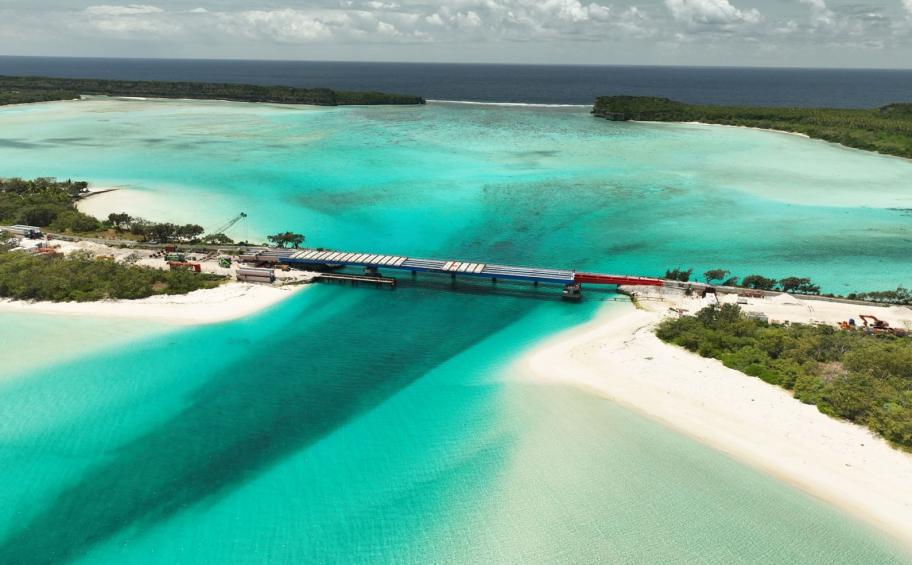 Heading towards the South Pacific Ocean, in New Caledonia – more than 16,000 km from the Metropolis – on the island of Ouvéa, Eiffage Métal is pleased to participate in the reconstruction of the Lekiny Bridge. Composed of two offshore piers, compared to 6 for the current bridge, this new sustainable structure will help preserve the island’s exceptional ecosystem.

Measuring 180 m long by 13 m wide, the future bridge will have a double lane, two cycle lanes and two sidewalks – a way to create a new dynamic in this highly touristy part of the archipelago.

This 80-metre launch, between piers P1 and P2, concerns the largest composite beam bridge span in the Pacific.

It should be noted that the island of Ouvéa, “the closest island to paradise”, bears its name because it has been classified as a UNESCO World Heritage Site since 2008!

Congratulations to the teams on site, to our teams in Lauterbourg who shaped the work, as well as to the artist Patrice Kaikilikofé who created the first fresco, symbolizing the double canoe on which the first inhabitants of the island arrived!