Other Eiffage Group sites
Our brands 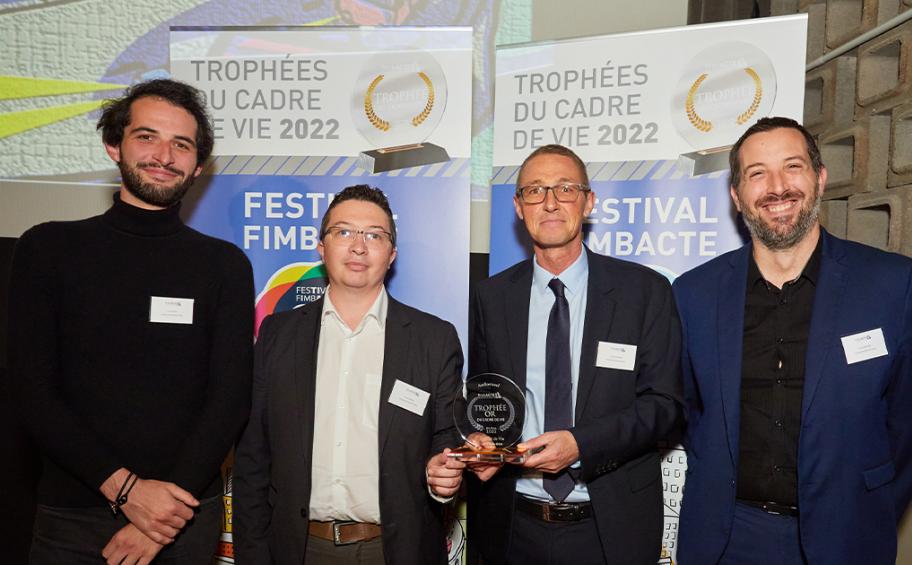 The Help-E robot is getting a lot of attention! Two prizes were awarded one after the other in October to the collaborative robot developed in partnership with the start-up Borobo.

The special award of the Excellence SMA Foundation’s Excellence Awards at the Batimat trade fair in Paris.

The Gold Trophy in the audiovisual category “Quality of life and well-being” of the FimbACTE festival, the actors of the 2022 living environment. A video made by Image in production.

Help-E is a collaborative robot designed to move common loads up to 70 kg. The aim is to provide robotic assistance to operators to alleviate the stresses caused by moving and carrying loads. The robot will be able to move in a variety of environments, ranging from the built-up platform, to moving on natural ground outside, even managing vertical traffic such as some stairs or steep slopes.